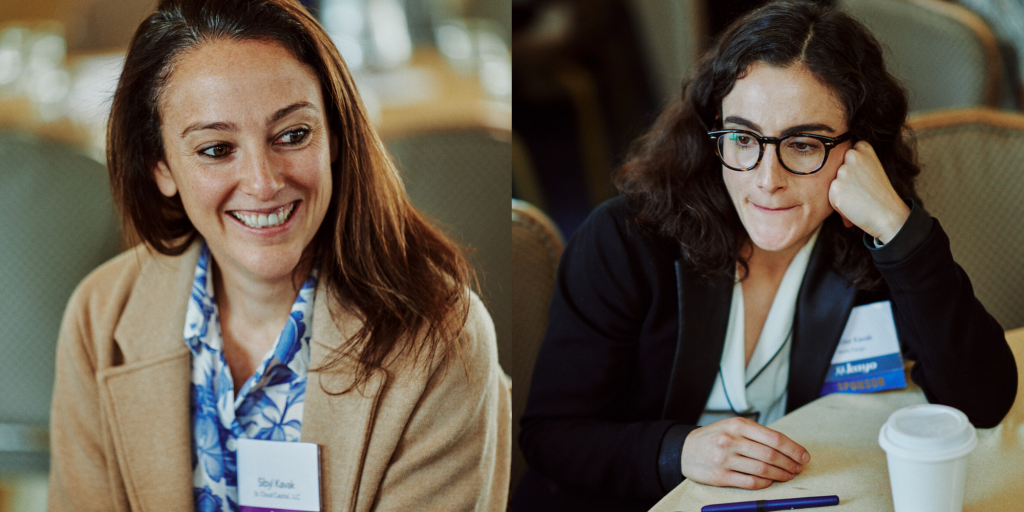 Jenny Kavak was visiting her sister Sibyl Kavak (who is older by six years) in Los Angeles when they realized they would both be attending the same conference – the Kayo Women’s Credit Forum – the following week. As children of Turkish immigrants in a family of three girls, Jenny and Sibyl grew up in Los Angeles and both graduated from the University of Southern California (USC) with degrees in finance. Sibyl is now a VP at St. Cloud Capital investing private credit in middle market deals and based in Los Angeles. Jenny is a VP at Wells Fargo Capital Finance in New York where she focuses on larger ABL deals. She is also a certified professional trainer. While they may not be lovey-dovey sisters who share every detail of their lives, they do have a lot in common beyond credit investing. We sat down with them to learn how one family produced two high achievers with parallel careers. 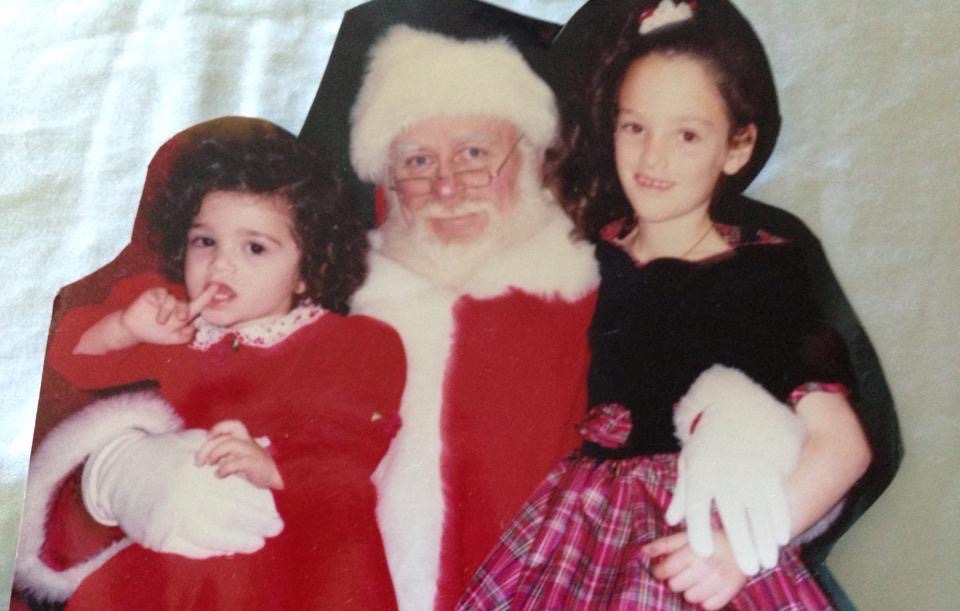 Sibyl: We are children of immigrant parents. Our parents were born and grew up in Turkey, but we were born in the U.S. Our father got his Ph.D in engineering and then went into real estate. Our mother went to a two-year college and is a homemaker. In my parents’ generation in Turkey, the women didn’t work, but that seems to be changing now. Education has always been really important to the family. We also grew up playing a lot of sports with our parents shuttling us from practice to practice.

Jenny: They were not tiger parents by any means. They wanted us to do well. We did too, so they never had to force us to do our homework. Naturally, they wanted us to be high performers. First and foremost they cared about us being happy but didn’t pressure us to do anything. They wanted us to succeed and do well. One time I got a B in grade school which is one of the few times my parents were disappointed, only because they knew I could do better. Any pressure I had growing up, I had taken on myself. For example, when I got to USC, I struggled with not being one of the best students like I was in high school. Being in the middle of the bunch was something I had to get used to.

ON TAKING NOTHING FOR GRANTED

Jenny: We also have an older sister, Yasmin. She is developmentally challenged so she’s more like a younger sister to us. Having a developmentally challenged sibling makes us appreciate the abilities we have more. I try to remind myself of that whenever I’m comparing myself to people with more Instagram followers or people that have the job I want, or whatever. I’m an extremely lucky person to have the job I have, to do the things I do, to have the physical capabilities that I do.

Sibyl: Our mom has always been the rock. Always taking care of our sister. Our older sister just recently went into a group home, but up until then our mother had been taking care of her tirelessly every day of her entire life. I’ve always thought that job is way harder than any of our jobs. I have a huge amount of respect for my mom. 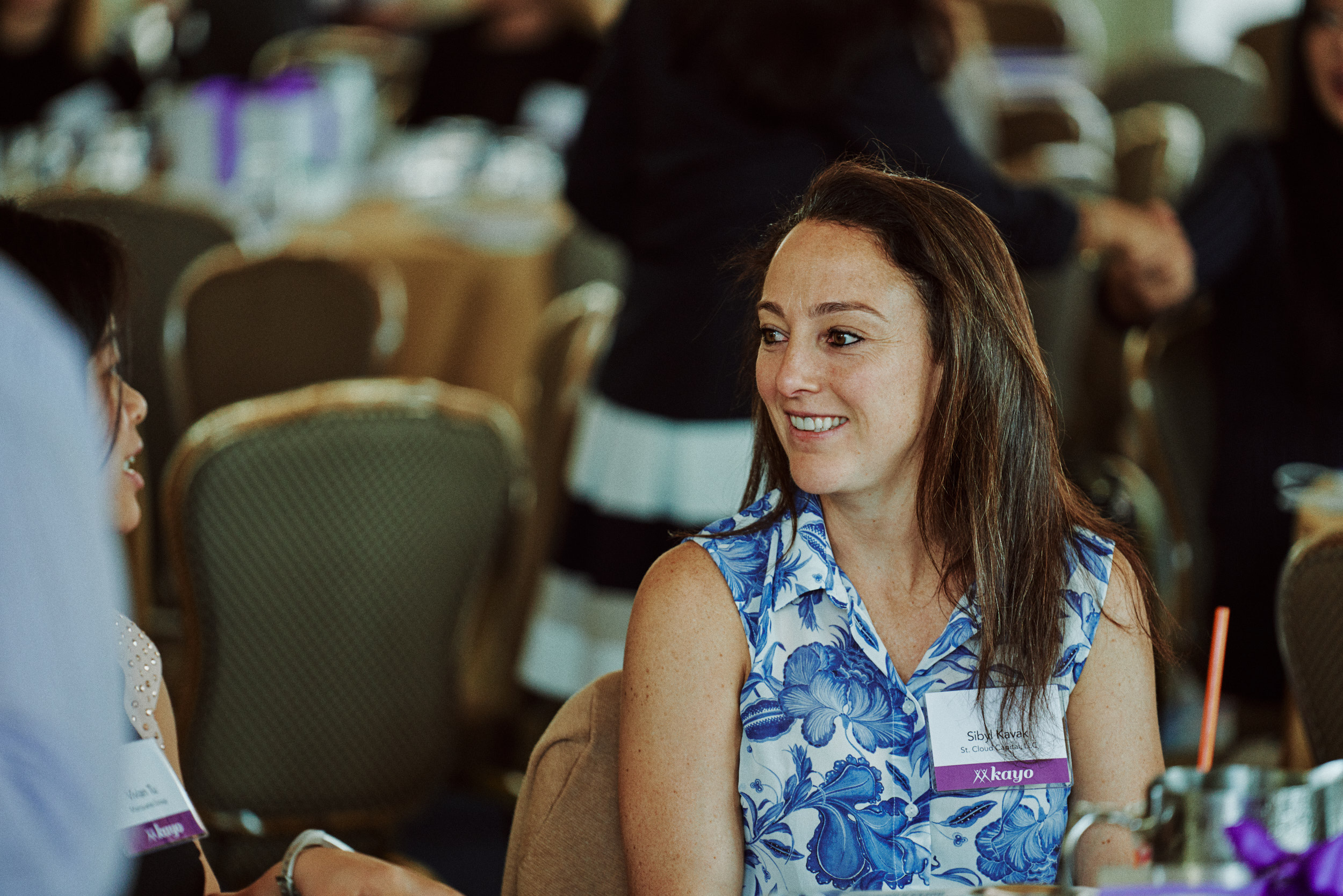 Sibyl: Neither of our parents groomed us for finance. If it was up to them, they’d probably want us working for our dad and living at home. I started my career in investment banking at CIT in New York and then eventually moved back to L.A. to work at a boutique investment bank. After that, I ended up working at a few banks in cash flow / leveraged lending, but that proved to be difficult with all the regulation around banking. Recently, I moved to St. Cloud where I am focused on sourcing, executing, and managing growth capital (debt and non-control equity) transactions in the lower middle market. It’s been really fun and fulfilling. I really enjoy the mix of looking at a lot of companies across a wide variety of industries but also digging really deep during the diligence phase. I also enjoy partnering, building relationships with, and learning from entrepreneurs and management teams.

Jenny: I’ll admit that I wanted to do what my sister was doing. My sister was a pioneer. I wanted to follow in her footsteps. In high school, I went to visit Sibyl when she lived in New York. After that trip, I knew at one point in my life I would want to live in New York. I made my way there after graduating from USC. For the past five years, Wells Fargo has been really great, and I’ve learned a lot. Someday, I might want to move from senior secured debt and go the private credit route, doing more mezzanine and junior debt tranches. 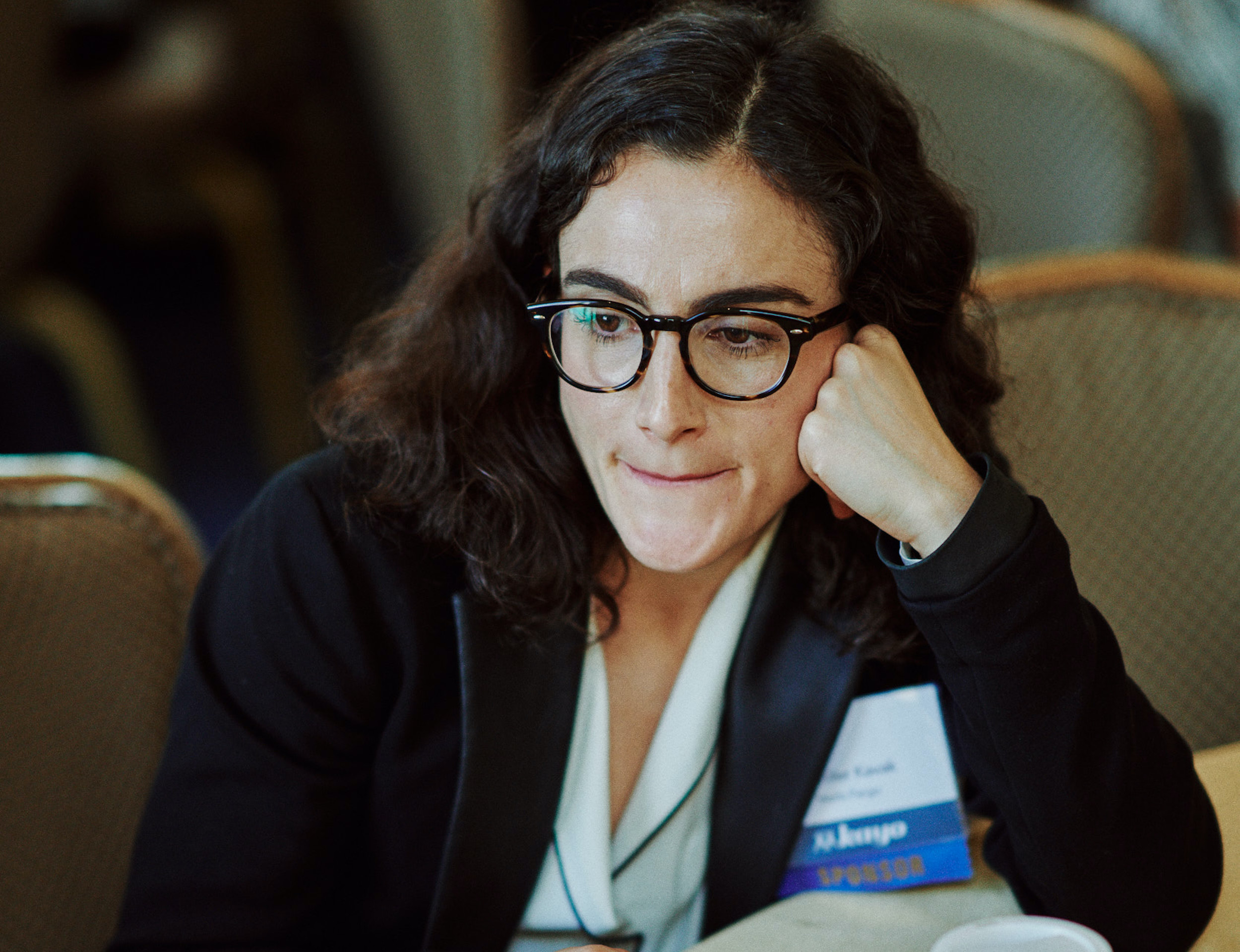 Jenny: Fitness is what I’m passionate about. I’ve thought about completely leaving finance and going straight into fitness, but if I were to add the pressure of making money to fitness, by finding more clients and getting as many followers as possible, I wouldn’t like it anymore. Fitness is what I use to de-stress. It’s my happy place. I don’t mind working hard in the office, but I have to have a good work-life balance. Otherwise, I would burn out and not be the best version of myself.

Sibyl: I’ve always gotten into weird fringe sports. I have been playing dodgeball for six years and won a National Championship. When I was younger, I was obsessed with rollerblading and always going to the local skate park. My mom hated it because I’d get hurt all the time and hang out with a bunch of boys. I do like to take risks. I like to be uncomfortable. I was the only girl rollerblader. I am the only female investment professional at this company so I guess there are some parallels. 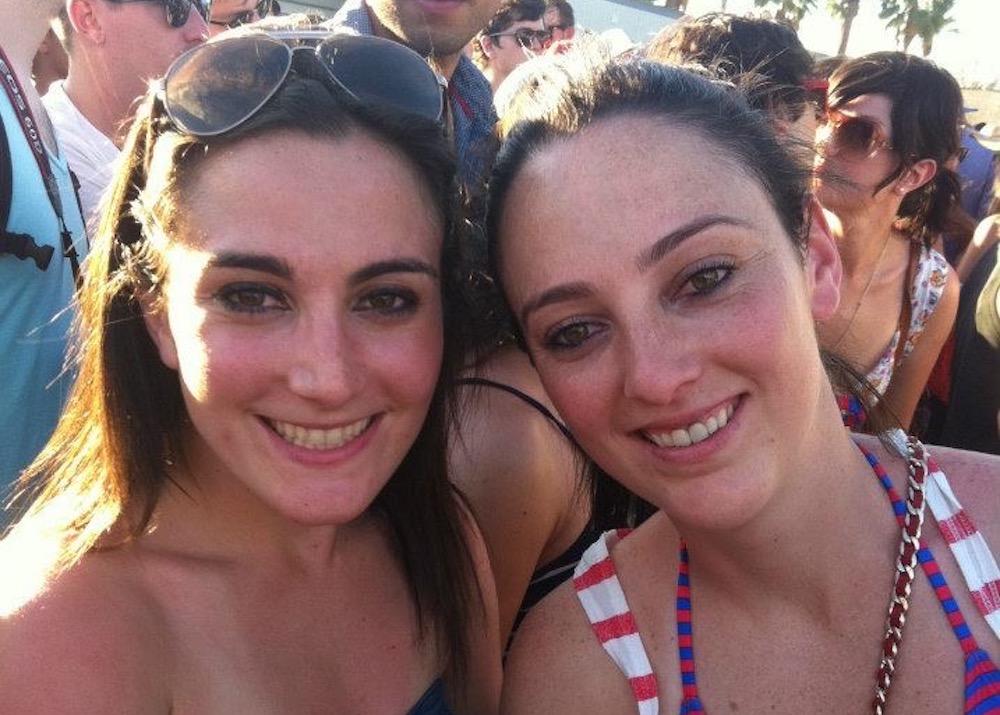 Jenny: We weren’t attached at the hip growing up, given the age difference. Six years was a big age gap as kids.

Sibyl: We’re not the most lovey-dovey. I’m not just going to hug her out of the blue. But we like to hang out with each other, we like similar things, and we always have each other’s backs.

Jenny: We’re low-maintenance people. I trust that she’s doing fine. She’s trusts that I’m doing fine. We’re not the type to keep tabs on each other, but I know she’ll be there when I need her (and vice versa).

Sibyl: I feel very lucky to have Jenny as my sister. My friends and I joke that Jenny’s the extreme version of me. I’ll do something, and she’ll do it 10X better. There are ways she’s inspired me and ways I’ve looked up to her. Maybe less so in work, since I’m five years ahead of her. But I’m proud of what she’s accomplished between work, working out, and her sports. Personality-wise, Jenny’s more outgoing. I like that about her. She’s good at feeling very comfortable right away. She’s definitely more of an extravert. Have you seen her fitness Instagram?

Jenny: I do feel really lucky to be the younger sibling and to have Sibyl to look up to. It’s nice that we’re in similar industries. Even though our products are different, we are able to talk about deals. I have asked her a lot of questions about finance and careers, and she’s always been a trusted resource. I don’t know if I’d be here today without her.

Our agenda, topics, and more about the 2021 Kayo Women’s Investor Relations Forum.

Our agenda, topics, and more about the 2021 Kayo Women’s Credit Summit.

Our agenda, topics, and more about the 2021 Kayo Women’s Private Equity Summit.

be in the know

Sign up for Kayo Women’s Real Estate updates and the latest from our community.
We know you’re busy and we respect your inbox.

Our service provider passes are currently sold out. If you are interested in attending, join our waitlist and we will contact you should passes become available.

The Kayo Women’s Real Estate Summit is sold out. If you’d like to get on our waitlist, enter your information below and we’ll let you know if space becomes available. Thank you!

Our agenda, topics, and more about the 2020 Kayo Women’s Energy Summit.

Our agenda, topics, and more about the 2020 Kayo Women’s Power & Utility Summit.

Our agenda, topics, and more about the 2020 Kayo Women’s Executive Leadership Retreat.

Our agenda, topics, and more about the
2020 Kayo Women’s Real Estate Summit.

You have Successfully Subscribed!

Our full agenda, topics and more about the Real Estate Summit

Our full agenda and more about our Women's Executive Leadership Retreat

Our full agenda, topics and more about the Private Equity Summit.

Our full agenda, topics and more about the Credit Forum.