Staci Taruscio: How Her Past Led to Starting Rebellion Energy 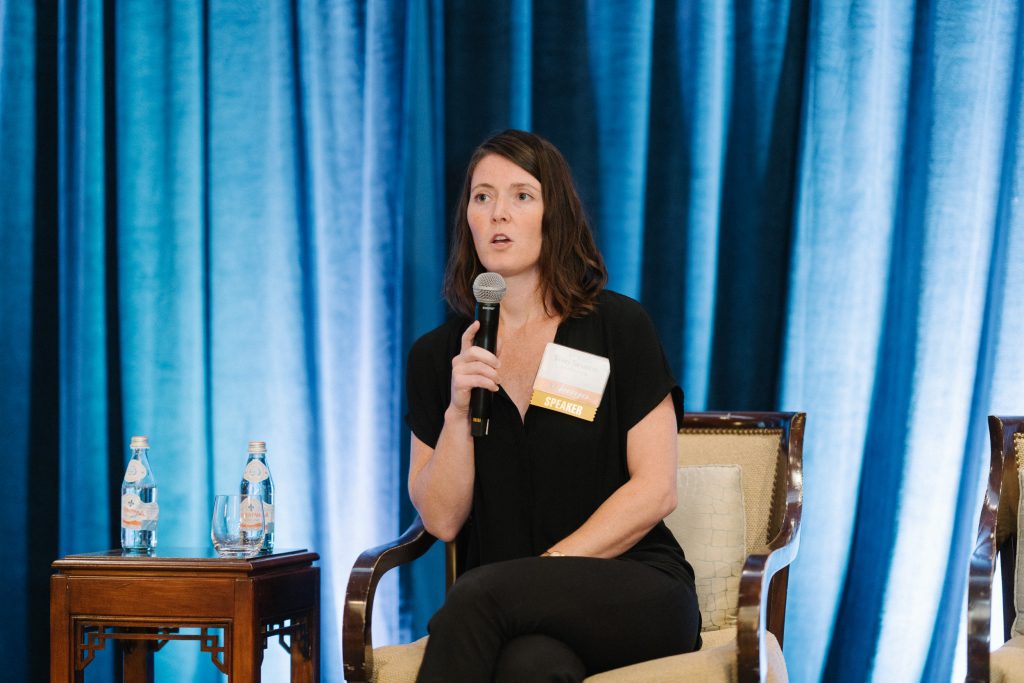 Staci Taruscio is the President and CEO of Rebellion Energy II, LLC, a company she founded alongside Natural Gas Partners in Feb, 2018 after a successful exit of SCOOP/STACK/Merge assets into Camino Natural Resources. Rebellion Energy II is an Upstream E&P Company with an emphasis on unconventional assets in the Powder River Basin. Staci is a wife, mother, and creative leader of Rebellion. She tells us about her earlier career steps, and what it took to get to where she is today.

Less than five other people in my graduating class from the petroleum engineering program at the University of Tulsa were available to work in the US market. I was in a unique position that had already proved fruitful in my internship opportunities.  During my undergraduate years I was fortunate to intern with Apache Corporation, Chevron, and several others. This broad set of experiences gave me leverage upon graduation that I was able to use to land my first full-time position with Samson Resources in Tulsa.

When I started at Samson Resources, I was one of the younger engineers and had an incredible group of mentors to look up to and learn from. Samson had all the resources of a public company without the restrictions, which made it a truly unique place to grow up in the industry. They allowed me to get my MBA at Oklahoma State University while working full time, and encouraged me to build a well-rounded foundation that would benefit me as my career shifted and grew.

My time at Samson built a solid foundation in operations, production, reservoir, and economic skill-sets. I was able to grow there and I was better for it.

My next lesson would come from time at Rockford Energy Partners. Yes, it expanded my skill-set to include the private equity realm and forged important connections and relationships, but above all else it showed me the importance of great leadership. It was immediately obvious that, in a company of that size, the leader sets the tone and his level of energy, hunger, communications style, etc…is mirrored almost exactly buy those working there.  A great leader can dictate the success or failure of a group of people’s common efforts in that way.  I came to admire great leaders during this time in a way I hadn’t previously and began to watch and learn from both the Founder of Rockford Energy Partners, his counterparts, and the notable leaders of our time.

The recognition that it is one thing to be very bright and something beyond that to make those around you shine just as brightly was a significant one in my career and something I hope to have carried forward to my current role.

Going from Rockford to family-owned business Mid-Con Energy Partners, gave me experience on how to prepare a small company to do very big things, which proved very useful in my next endeavor. It also gave me increased knowledge around enhanced oil recovery and I learned firsthand the opportunity associated with reserves that have been left behind in search of the next big play.

All of these experience led to starting Rebellion Energy in 2015. At each of the steps I had taken in my career up to that point, I felt as if I could build on the positives and learn from the negatives.  I just knew I could do it and there was a moment of clarity in which I thought “why invest in others when I can invest in myself”!  It became about what I could do for myself as opposed to what I could do for others, and that was the Rebellion.  I am often asked about the name “Rebellion” and people are shocked to learn that I am not bucking the system but rather rebelling against that voice in my own head telling me to “be careful” or “you cant do that” or any other limiting thought.  The whole point of Rebellion is that we can do something different, we can do it really well, we can have fun while we are doing it, and we can turn it into a valuable lifestyle.

Rebellion began as two desks which I rented from an office space with one other colleague. We did some consulting to pay our salaries and were just happy to be starting off on the journey.  With NGP’s sponsorship and a few assets under our belts, we no longer worried about pinching pennies and began to think big. We have pivoted multiple times since then and have grown from 6 people to a team of 30.

We are now equipped from a personnel perspective to do a variety of things and keeping the machine running smoothly is a different task than growing it.  The soft skills and emotional intelligence required with a team of our size is my more recent challenge.

Working in Private Equity is like playing on the varsity team for a game instead of JV, you play well because you have really good players all around you; you play up. I think our team not only has great players but is also made up of truly good people who care about each other and the relationships we have built as well as our ability to perform at a really high level. I know my colleague’s spouses, children, and what’s going on in their lives. My husband and kids come to the office and are well known members of our office community.  I could not do any of this without all of those people (and several more).

Who you surround yourself with, and the relationships you build with those people are the true measures of success.

I am motivated by the process, not the goal. I find that I can’t often sit still, and never really want to stop to relax or be “done”. I am always looking to better my surroundings; I try to do this by not only attempting to see around corners for Rebellion, but also being the best wife I can, and loving my daughters like crazy. For instance, this summer I made it a goal to take my daughters to New York City (despite how busy we were at work) to see a Broadway play. They are huge Broadway fans, and both had the entire Hamilton soundtrack memorized.  We made the trip, and although they had to settle for The Lion King we had a wonderful time.  Journey’s like that are what life is all about and I will always continue to following the imperfect process, and consider myself lucky to have the opportunity to work to make it better both personally and professionally.

Our agenda, topics, and more about the 2020 Kayo Women’s Credit Summit.

Our agenda, topics, and more about the 2020 Kayo Women’s Investor Relations Forum.

Our agenda, topics, and more about the 2020 Kayo Women’s Private Equity Summit.

be in the know

Sign up for Kayo Women’s Real Estate updates and the latest from our community.
We know you’re busy and we respect your inbox.

Our service provider passes are currently sold out. If you are interested in attending, join our waitlist and we will contact you should passes become available.

The Kayo Women’s Real Estate Summit is sold out. If you’d like to get on our waitlist, enter your information below and we’ll let you know if space becomes available. Thank you!

Our agenda, topics, and more about the 2020 Kayo Women’s Energy Summit.

Our agenda, topics, and more about the 2020 Kayo Women’s Power & Utility Summit.

Our agenda, topics, and more about the 2020 Kayo Women’s Executive Leadership Retreat.

Our agenda, topics, and more about the
2020 Kayo Women’s Real Estate Summit.

You have Successfully Subscribed!

Our full agenda, topics and more about the Real Estate Summit

Our full agenda and more about our Women's Executive Leadership Retreat

Our full agenda, topics and more about the Private Equity Summit.

Our full agenda, topics and more about the Credit Forum.